Astral Chart: What It Is, What Are Its Elements And How To Interpret It

The birth chart is an image of the stars seen from Earth at the moment of birth. It is like a photograph that astrologers take of the sky, fixing the elements in a unique moment. The birth chart is a circle that represents the position of the stars in the sky at the exact moment of your birth. This circle is divided into twelve houses, representing different areas of life. On the outside of the cycle, the 12 signs of the Zodiac are placed. The birth chart fits into the celestial sphere, that is, into the heavenly environment that surrounds us when we look at the sky from Earth. In the geocentric system (which considers the Earth the center of the solar system, being the system of most astrologers), the person is in the center of the map, represented by the Earth.

The Astral Chart in Astrology

In the birth chart, in addition to the Sun, the Moon, and the Ascendant, it is read which planets are in which Houses, how their trajectory intersects, and the degrees between them. For example, House 1 represents "I" consciousness, and House 7 represents the discovery of others. Through studying the birth chart, Astrology is yet another tool that lifts the veil on behaviors and personality trends. The map shows innate emotional, physical, and energetic tendencies and how we face and solve everyday challenges. This self-knowledge (and that of others, when we apply the principles of astrological knowledge to them) certainly does not answer all the questions, but it helps to clarify some of them. This more excellent knowledge of ourselves and others allows us to understand our way of being and the world.

The birth chart is an image of the stars, seen from Earth, at the moment of birth. It is like a photograph that astrologers take of the sky, fixing the elements in a unique moment. That is why it is so important to know the time and place, as well as the date of birth.

The Astral Chart and the Astrological Personality 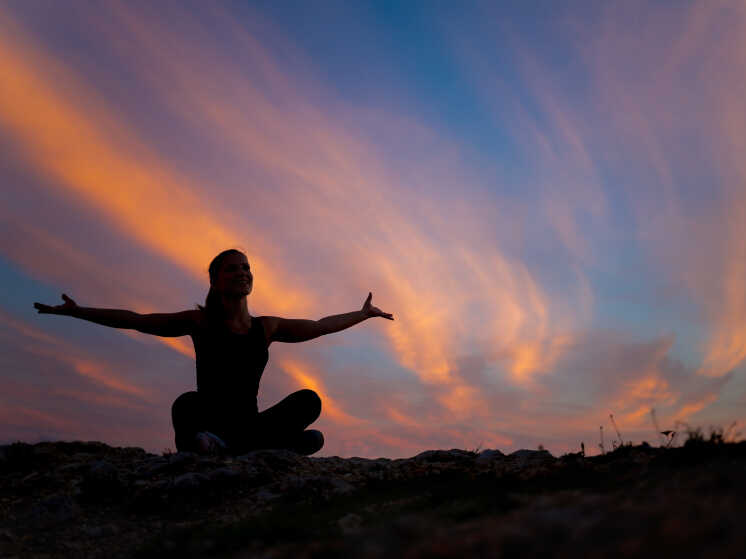 The relationship between the planets, signs, and Houses in our birth chart allows us to obtain a unique and personalized vision of who we are. It's about our individuality. The way we see the various aspects of life, how we see ourselves, how we communicate and relate to each other. By traveling through the 12 Houses, you can understand which area of ჴ€‹ჴ€‹life is most important to you, what challenges or difficulties you encounter along the way, and what qualities you have to overcome them. Therefore, the birth chart represents your truth, your image, and the way you present, face, and interact with the world around you.

Why is the Earth at the Center of the Astral Chart?

What Are the Outstanding Areas in the Astral Chart?

Based on the study of the position and the relationships between the planets, the Houses, the Ascendant sign, and other signs of the Zodiac, all areas of life and the energies present in them are considered on the chart. Therefore, Astrology makes use of some fundamental astrological elements that constitute the root of the study of the individual chart:

The Astrological Houses and the Reading of the Astral Chart

When you were born, the planets were placed in specific signs and houses. When an astrologer interprets your birth chart, he mixes the meaning of each of the planets on the map and the House where they are positioned. This interaction between the various celestial elements allows you to foresee the obstacles or challenges you may face. When planets visit a House, they illuminate that part of the map and energize that House. This information makes it possible to glimpse which areas of life stand out, giving clues to act and do the best possible.

What Does the Positioning of the Planets in the Astral Chart Mean?

How is the Position of the Planets marked in the Astral Chart?

The birth chart comprises a 360º wheel (called a flat wheel). All the displacements or positions of the planets are marked in degrees, minutes, and seconds. One degree corresponds to 60 minutes and one minute to 60 seconds. The planets are related and marked according to the position of the other elements present on the map:

2. The Position of the Houses

The time of birth is essential information to calculate the birth chart. This is because it is the moment of birth that marks the Ascendant (or rising sign), and this, the beginning of the counting of the Houses. The study of the map is reduced to very generic data. When the hour and minute of birth are unknown, it is impossible to accurately mark the 12 Houses on the map (some astrologers make adjustments when the time to produce the chart is unknown). This means that essential information is hidden and cannot be analyzed.

Signs, Planets, and Houses - How Are They Related to Each Other?

A) Yes: The planets are placed in a House and a sign in the birth chart. The planets use the sign's energy to express themselves in the Houses, that is, in a particular area of ჴ€‹ჴ€‹life. For example, having Mars in Capricorn in the 10th House means that the potential of Mars uses the energy of Capricorn to express itself in career and in the way one handles the issue of professional success. Among the planets, the planetary aspects indicate the relationships between the different areas of life (or Houses), the energies between the planets, and the energies between the signs. In addition to these points, some astrologers use other astrological references in their studies. These are called dummy points (points that do not physically exist have no matter and are calculated relative to the positioning of other elements). These include Fortune and the Lunar Nodes. Fortune - synthesizes the position of the sun sign, the moon sign, and the Ascendant sign. Lunar Nodes - consist of the axis formed by the intersection of the Earth's orbits around the Sun and the Moon around the Earth. They are the North Lunar Node and the South Lunar Node (Dragon Head and Dragon Tail, respectively, in Chinese Astrology ).